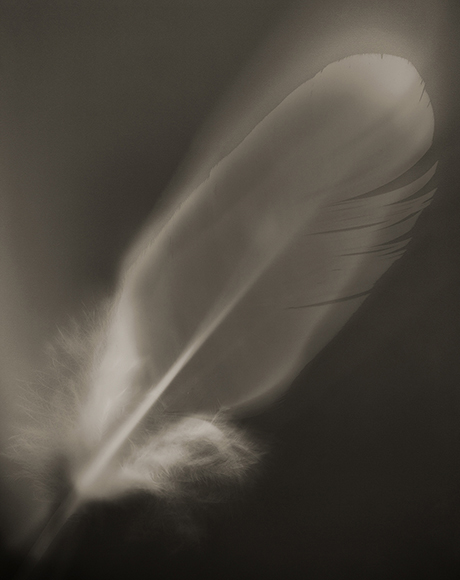 A little over a decade ago I left Manhattan to make my home in upstate New York. I now spend my days immersed in the wooded nature of the Hudson Highlands, where the comings and goings of birds are a great source of inspiration.

As the long harsh winter draws to a close and purple crocuses pop forth between lingering pockets of snow, songbirds that had vanished during the cold months begin to show themselves again. From morning to evening without a break I hear their mating calls. No sooner do these subside than the birds are setting about building nests all around my yard. Despite the thousands and tens of thousands of trees available to them in the deep woods, they seem to prefer nesting near human habitation, the better to protect themselves from predators. And so from day to day as I go about my own doings I find evidence of their lives in every conceivable place—under the eaves, on the porch, in the hydrangea bush outside my kitchen window, inside the canoe slung upside down in the garage.

And what an achievement a nest is—each one the result of countless trips to and fro, tiny beaks transporting twigs and straw and bits of moss. Examining these homes once the occupants have moved on, I see that each has its own shape and style; no two are ever alike. Sometimes I lose all sense of time, enrapt by the delicate beauty of their subtle curves and complex meshes. As with any intricately woven tale, each study brings new discoveries. Close inspection reveals the use of manmade materials—wisps of yarn and plastic, buttons, fragments of newspaper. Horsehair or dragonfly and moth wings might be worked into the structure, and inside may lie eggshells, feathers and, sometimes, bones or the lonely remains of an unhatched egg.

As I gaze upon the vacant nests and abandoned feathers, I feel poignantly the echoes of life and death they carry. Some of those hatchlings grew up hale and strong, gobbling up the sustenance brought to them by their parents. Others perished, waylaid by predators. Some eggs hatched while others did not; some fledglings alighted safely, others met their end. Slight and perilous indeed is the brink between life and death—so precipitous that one errant step can send one plunging down headlong, like Icarus in the Greek myth. Through these images I seek to capture that peril, and the record of life still evident in my subjects.

For its ability to capture traces of life, film is, I believe, the medium best suited to my concept for this series. Icarus is composed of two bodies of work: detailed platinum prints of birds’ nests taken on a large-format camera, and more abstract images rendered without a camera in the photogram method, using negative film.